According to the particulars of offence, between 1st January and 30th December, 2020, JULIAN CLARKE and SALLIEU KARGBO conspired and deceived the Government of Sierra Leone by authoring and signing a bundle of documents containing false information which were forwarded to the Ministry of Foreign Affairs and International Cooperation and the Turkish Embassy for the purposes of facilitating the issuance of Turkish Visas to certain individuals who were purported to be staff of the Sierra Leone Civil Aviation Authority, knowing very well they were not.

The indicted persons are expected to make their first appearance in the High Court of Sierra Leone, Holden at Freetown on 16th February, 2021.

The Commission wishes to reassure the general public of its determination to address public sector corruption and all other levels of corruption throughout Sierra Leone. 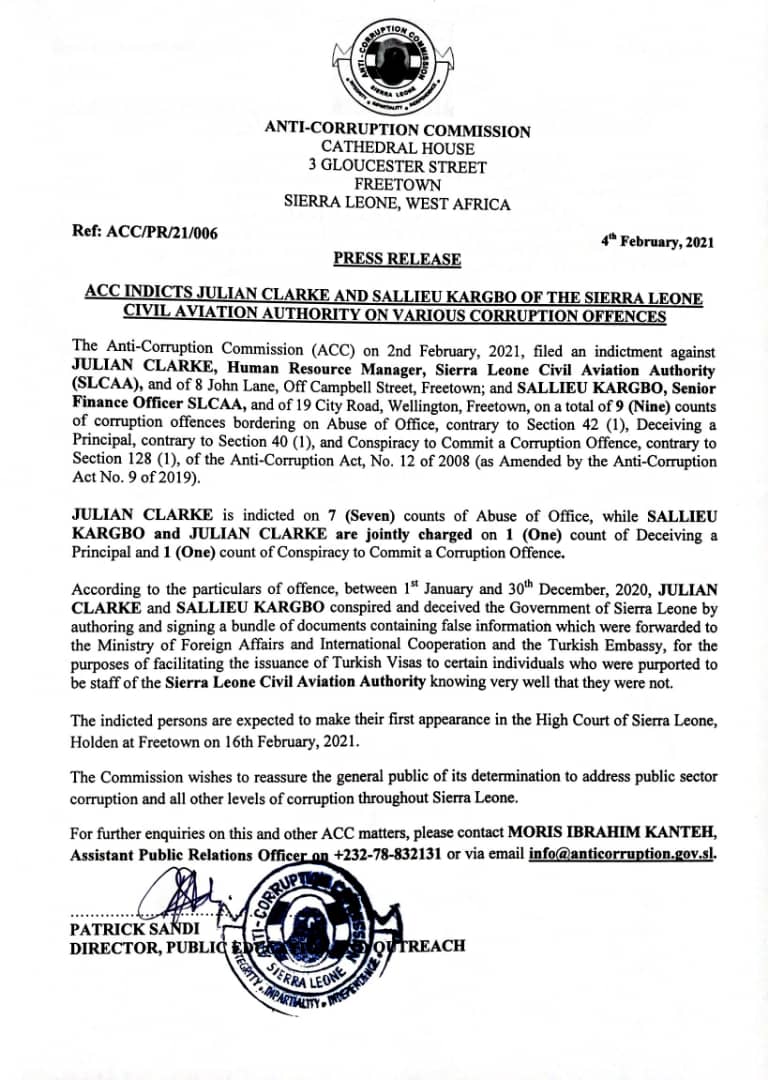 Most Influential 100 Young Leaders in Africa