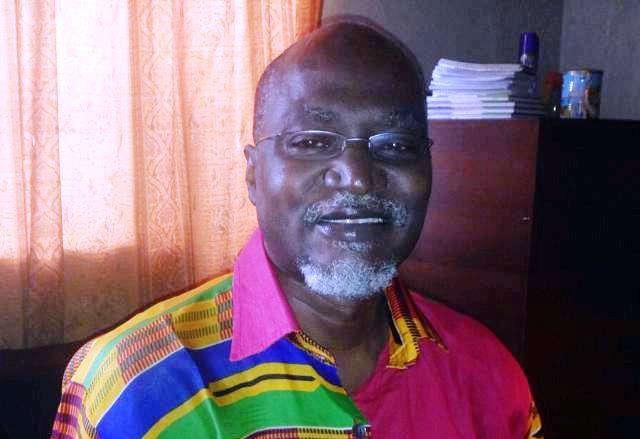 THE OSWALD HANCILES COLUMN
by Oswald Hanciles, The Guru
February 10, 2021

There has been an intensification of discussions on corruption by Sierra Leoneans at home and in the Diaspora since the publication of alleged corruption in the Office of the First Lady of Sierra Leone by the US-based Africanist Press and its Editor, Chernor Alpha. M. Bah, who is also a doctoral student at Northwestern University (ranked among the Top 100 Universities in the world), and Founder of the African Socialist Movement. This is a wonderful thing for Sierra Leone.

I am however bemused and saddened by the typically partisan poisonous tone of the discourse on corruption in all media.

Those who when the APC government of former President Ernest Bai Koroma was in power (September, 2007 to April, 2018) were BLIND to corruption, now SEE corruption as a devilish vice; they were DUMB and could not speak about corruption, but have found their voices and screaming loudest all over the place. They were DEAF to the wailings of the impoverished majority because of corruption, but are now HEARING clearly the cries of the children and youth oppressed by Corruption. On the other side of our political-
schizoprenic divide….

There are those who between 2007 and 2018 who would unceasingly yell about corruption, but today, ensconced in some top government job, or, their ethnic kin part of government… have suddenly become BLIND, DEAF and DUMB.

We must fight corruption in Sierra Leone – for corruption is like a virulent cancerous cell that would inexorably kill Sierra Leone if not excised. Corruption is like a ticking time bomb, and if it’s not defused, will be detonated. Like the flagrant and rampant corruption when the APC governments of presidents Siaka Stevens and Joseph Momoh created the conditions for the nasty and brutal civil war of the 1990s. We urgently need patriots to come to the fore to provide leadership in this re-energized War on Corruption. We must not yield leadership to those overt or covert political types intent only on “state capture”; or, who are obsessed with clinging to power. Credible pastors, imams, civil society leaders must step up and guide the populace to make sense out of the cacophony by the political types.

The article which I republish here highlights another aspect of probable corruption – in the mineral sector.

Sierra Leoneans have been for too long used to meekly accepting whatever crumbs are thrown at them by corporate bodies of the West, and now China. I call this the SLAVE MENTALITY sydrome. When writers like us write about the need for reset of the global economic systems, we could very well be writing in Sanskrit. When Chernor Alpha M. Bah published a book recently on mineral corporate exploitation in West Africa, I can’t remember a single discussion of it on social media. Why? The chronic inferiority complex in the psyche of Sierra Leoneans. It is alright for the white man to intrinsically steal billions of dollars from us, but we are up in arms if we learn that a citizen has stolen hundreds of thousands of dollars. We must learn to fight the big thief and the small thief at the same time.

More from The Guru

SLPP IS PROVIDING BREAD AND BUTTER