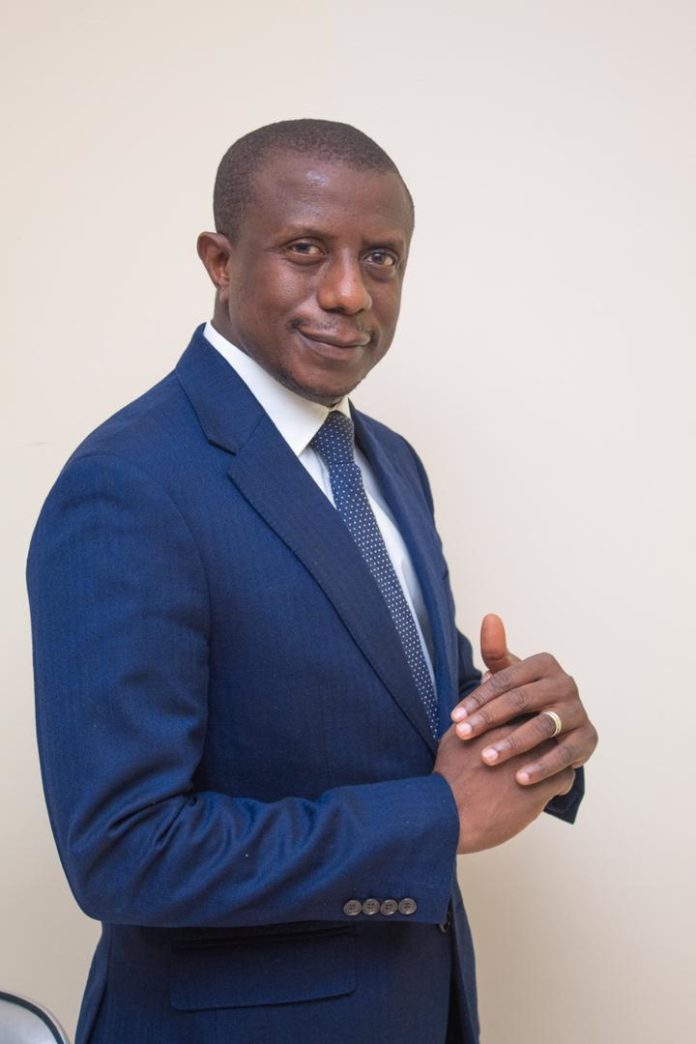 I woke up the other day ready to begin the new year, and when I began my routine Pinterest check this morning, I stumbled upon this quote in my feed:

“The politician who does not require validation from anyone is the most feared politician on the planet.”

As a journalist, I have always been fascinated by the threat that progressive-minded young politicians pose to a society built on the subordination of old and non-progressive minded politicians. I like to think that a man like Hon. Umaru Napoleon Koroma is a strong, fierce man capable of holding his own intellectually, physically, and mentally. He has developed a unique perspective in Sierra Leone and how it treats right-minded young politicians who do not subscribe to typical political stereotypes.

As Umaru Napoleon Koroma continued to grow, he embraced his personality: sassy, full of gumption, curious, determined, rational and respectful. These qualities all sound positive. He does not like to be fucked with, and he is willing to ask for what he wants and take it when necessary. Often he is told that he is “too passionate” about his Sierra Leone People’s Party and country goals in life, and what makes his deviations from many young politicians even more pronounced is his ability to handle a position in his political party that was initially held only by old men.

My point is, people are always going to be there telling Napoleon Koroma why he should be demure and sacrificing his dreams for others. I am telling him to give those people the middle finger, smile, and continue his merry way. In my years of life on earth, I have heard many people trying to change bright young minds in Sierra Leone, tell them things are impossible, encourage them to lower their standards and goals, shape their personality to fit the needs of a society inherently threatened by their establishment empowerment, and try to explain to them what a true “young bright mind” is.

It is okay, brilliant even, to be an independent, strong young man in a country that wants you to be weak. Strap on your big man boots, fill your mind with ambition and intellectually stimulating thoughts and tell the country to watch you kick some ass and be an amazing person while doing it. There is no correct way to be a young, determined man, and it is admirable to be resilient and strong. Napoleon is not letting a few people break his spirit or shape his soul. He continues to create a soul that he can live his whole life nurturing and expanding, rather than one sullied by outside forces. He believes Sierra Leone can be an extraordinary place, and one day it will accept him for the lovely person he is, but first, it will try to tell him how to look, feel, behave, and react. Do you want to know why Sierra Leone will love Umaru Napoleon Koroma one day, never like before? Because he will force it to.

I am always astounded by how many people think that because Umaru Napoleon Koroma is strong and intelligent, he’s made of stone, untouched somehow by emotion and feeling. Napoleon understands that there is a time to let himself feel, and there is a time to get shit done, and they are usually not at the same moment. Napoleon believes something impressive about remaining composed long enough to deal with a situation or get through it before falling apart. Napoleon understands one can be strong and sensitive at the same time.

Napoleon doesn’t need to be like a man in movies who fall on the sofa in a fit of tears at any sign of trouble. That is not the only type of man in the world. Napoleon, keep on enjoying what he needs to do and then allow his defences to drop after he weathered the storm. He understands if he let himself succumb to sensitivity at the wrong moments, he will end up with a slew of regrets. Sometimes his strength is misunderstood as coarseness or insensitivity, but right-minded nationals know it is exactly the opposite. Napoleon is always very sensitive to the situation’s strength and goes from there. He knows that being strong and sensitive is always possible for a right-minded young man.

Napoleon knows weakness is not attractive. That’s why he enjoys being intelligent, kind, strong, passionate, and modest. This guarantees him that whilst he may not attract everyone, he continues to attract better people, people who value the same things he is doing. Some say Napoleon is too young to grow frequently. He is brutally honest with powerful penmanship and fortunate enough to have accomplished some difficult things in his short life. He may not have many people that others truly love, but he has the right people. The right people are not intimidated by his strength or unnerved by how little value he places in negative critics’ opinions. Even when they are, he will overcome them. Screw everyone else. He dulls not his shine to fit in. Napoleon understands the person he will have the most complex, important relationship within his life is himself, and as trite as that sounds, it is true. At the end of the day, he needs to be proud of himself and genuinely invested in being satisfied with who he is. Napoleon refused to let other humans or forces in this country make him unsatisfied with himself. He knows if he’s brilliant and sympathetic to the plights of others, the right people will love and admire him for his unique spirit.

A strong bright young man is a truly terrifying thing to behold because he is capable of anything, and that is fucking awesome. Napoleon masters the art to embrace how truly threatening a bright young mind can be to a society hinged on shoving brilliant young minds into prescribed roles. He knows how to be strong for many reasons, especially this one. Society can only change when immersed in extreme pressure, and Napoleon understands he can be a huge factor in that pressure for positive change. Many right-minded young Sierra Leoneans want to one day see a Sierra Leone where young people who are strong and intelligent are not encouraged to lessen themselves to suit the needs of others bent on exploiting the nation to satisfy their selfish desires. Don’t you? Some people would argue that Sierra Leone has already seen this shift, which has seen the beginning. However, young and intelligent bright minds are still subordinated and marginalised in Sierra Leone politics.