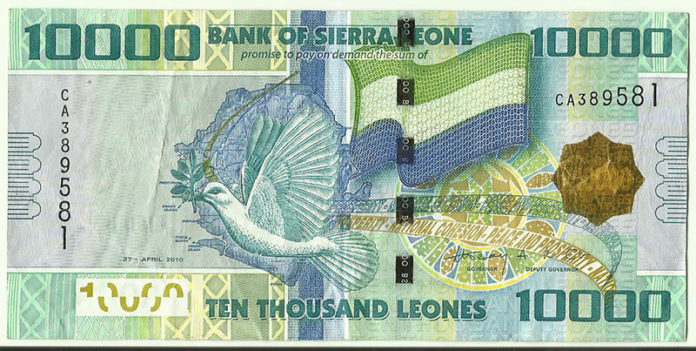 In general, redenomination is implemented in response to hyperinflation, which progressively increases the nominal prices of products and services, decreasing the real value of the monetary unit in the local market. Over time, prices become excessively large, which can impede routine transactions because of the risk and inconvenience of carrying stacks of bills, the strain on systems, e.g. automatic teller machines (ATMs), or because human psychology does not handle large numbers well. Authorities may alleviate this problem by redenomination: introducing a new unit that replaces the old unit, with a fixed number of old units being converted to 1 new unit.

Generally speaking, currency redenomination has no or any direct impact on the economy. Since the value of the currency will remain absolutely constant, and purchasing power will remain the same, the real impact on the economy in micro and macro terms will be zero: demand and supply of goods and services will not change; net investment, government spending, the balance of payments and net exports will only experience cosmetic changes with no economic impact whatsoever; and on household consumption level, any possible effect on spending habit will be purely psychological as there will be no economic difference between the pre and post redenominated currency (Lead Capital Limited, 2007). Accordingly, it is the only redenomination of all economic values: prices of goods and services, financial assets and liabilities, salaries and social benefits will basically be the same.

Redenomination itself is considered symbolic as it does not impact a country’s exchange rate to other currencies. It may, however, has a psychological effect on the population by suggesting that a period of hyperinflation is over and is not a reminder of how much inflation has impacted them.
In all of these, the Central Bank Governor, and his Board should explain their policy objectives of such a decision to the general public. In his interview with the BBC’s Umaru Fofana, he reiterated that the administration has been able to curb inflation, referencing the need to reduce high transaction costs. The hard, but uncomfortable truth is redenomination doesn’t reduce high transaction costs as the face value of the currency remains the same. The same unit of money used to buy on redenomination will be the same, as it doesn’t change the purchasing power.

Countries that have redenominated their currencies since 1923 have always been fighting and trying to curb the hyperinflation in their countries. The Governor, in the same, interviewed mentioned Germany after the end of the First World War. The German adopted to redenominate the Rentenmark of 1,000,000,000: 1to the new Papiemark due to hyperinflation. The polish did the same thing in 1924 when the Polish Marka was trading at 10,000,000 to USD 1. Same reason, the country was suffering from hyperinflation. The Polish Zloty later replaced it at the rate of 1,800,000: 1. (Redenomination – Wikipedia)

THE DANGERS OF CURRENCY REDENOMINATION:

Let’s use the Leone as an example.

A common redenomination would be 1000: 1. If this goes ahead as the Governor is fighting for, 1000 current Sierra Leonean Leones would be worth one new Leone (Le1). However, the problem is that the debased Leones remain. It is just being redenominated differently.

Let think of it this way, if transportation cost to Bo from Freetown today cost Le 45,000 when the redenomination occurs, then, assuming everything is normal, and it would be Le45 with the new currency; most of the products and services would follow a similar trend. However, within 12-18 months (if not sooner), prices will dramatically increase before most people even notice. Examples include Zimbabwe, Ghana, Venezuela. History has shown that the currency redenomination process creates a problem whereby individuals find it hard to understand and re-adjust to the time value as prices are still experiencing an evolution to the new scale.

Redenomination kills off the possible threat of money substitution that occurs when devaluation takes a strong momentum of its own or under a current of high inflation, e.g. money substitution. While redenomination reduces the face value by eliminating zero, it does not increase purchasing power. In reality, it provides a failed solution to monetary illusion, even though the quantity of money has shrunk. Indeed, the intrinsic value of money remains static.

The questions of why, when, and how any policy will be carried out, inclusive of redenomination, determine the policy’s success. Thus, policy timing and considering the roundabout effect on the economy become critical for intelligent outcomes.( The Case Against Redenomination and Demonetisation of the Naira At This Time (proshareng.com)

Therefore apart from considering the monetary cost and how much friction such a policy would pose at this point of the cycle, questions must be asked, and answers received as to “what will be the actual cost on the real economy in the short term”?
Therefore, how much of an alternative do either redenomination provide in specifics? Such a conclusion cannot arrive without a litmus test.

Can it be used as a stabilisation tool?

Redenomination is used as a symbol of reforming a process. It is thereby used at the end of the stabilisation programme, which symbolically represents a new era in a country. E.g., Brazil in 1994 and Turkey in 2005.

Possibility of being a Trojan horse?

The Sierra Leone Bank Governor’s redenomination can be a Trojan horse when the new scale adopted is very cumbersome to understand. It could affect the level of business confidence and pose a country risk. It also becomes a Trojan when it fails to smooth society’s expectations. When it fails to shine, the effect neither nor provides the feel-good perception; such will add to the already existing symptomatic weakness in the economy, affecting its financial credibility.

Has Sierra Leone reached the threshold?

As indicated earlier, history has shown that most redenomination carried out has been in response to hyperinflation. E.g., Germany in 1923, Poland in 1924, Argentina in 1983 and Zimbabwe in 2006. Countries that have a high nominal currency to the dollar ratio have carried out the policy. Turkey in 2005 carried out a redenomination to deaden accounting problems and restore confidence in its financial system. Sierra Leone has inflation of 13.7%, which is not hyperinflation. At the same time, Sierra Leone’s Leone to the USD dollar ratio falls within an acceptable percentage of convenience compared to the Iranian Rial.

What happens to the net value of money?

The net value of money will remain static even after the process. Therefore, the purchasing power parity remains the same. So redenomination actually provides a failed solution to monetary illusion.

What will be its impact on inflation?

Redenomination does not stoke off inflation on its own. Redenomination is a means, but not an end in itself. Countries with inflation driven by supply shocks (even after a redenomination process) will still experience high inflation, or inflation will remain essentially unchanged. E.g., Brazil, Zimbabwe, Argentina and Venezuela. Its inability to address inflation makes it a repeated ritual, especially in Brazil and Argentina, for some time.

Can it reverse cyclical downturns?

If Sierra Leone was experiencing a high nominal to the dollar ratio, one will argue that accounting problems accruing from high ratios hinder foreign inflow. That does not exist; Redenomination will, therefore, not change cyclical downturns. E.g, Argentina in 1983.

Conclusion empirically, Sierra Leone has not reached the threshold where redenomination is needed. Even if carried out as being discussed, it will not address inflation or cyclical downturns. More importantly, the net value of money will remain essentially unchanged. It will be more of a distraction than a solution at this point. Redenomination can help to erode illicit cash and bring the informal sector into the financial system. The downside risk of monetary sterilisation, which would cause self-inflicted shrinks in the growth of the currency in circulation, will exacerbate downside risk and cause vagaries in the economy. Such impulses are not needed in a period of recession. (The Case Against Redenomination and Demonetization of the Naira At This Time (proshareng.com)

THE MENACES OF NOT PROSECUTING ERNEST BAI KOROMA