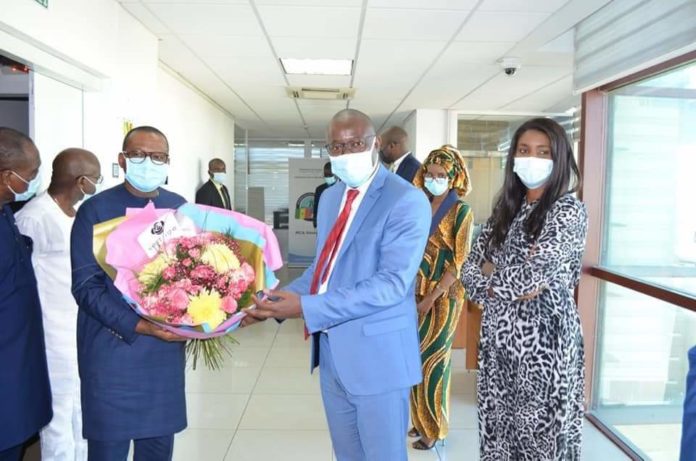 The Senegal MCC office on Wednesday 27th January 2021 explained to the Sierra Leone delegation the processes they undertook for the implementation of their MCC Compact.

The Board Chairman explained that during the first winning of the MCC by Senegal, it was embedded in the Prime Ministers office but the second winning was controlled by the Office of the President because of the prospecting nature of it. He said he was appointed as President of the Board comprising ministries of finance, foreign affairs, energy, planning and corporation and the environment. 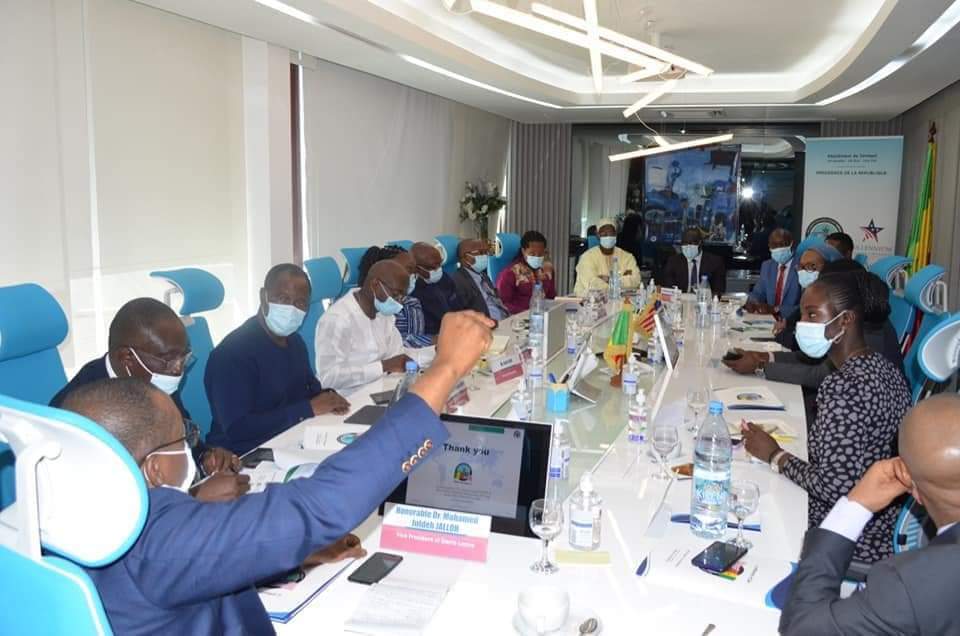 Responding, the Sierra Leone Vice President Hon. Dr Mohamed Juldeh Jalloh while expressing his delegation’s appreciation for the welcome, said Sierra Leone was eligible to develop a compact last year after successfully passing the scorecard. In 2019, he continued, Sierra Leone also passed and in November of that year, officials were in Washington where they met the stakeholders of the MCC and spoke about the Sierra Leonean experience focusing on water and energy sectors.

“Last year we passed it despite the extra-ordinary conditions and had the MCC CEO visiting Sierra Leone and in December. We have started work on it and discussions have been ongoing”. The Vice President stated.

The Hon. Vice-President furthered that they were in Senegal to draw inspiration and gain experience from the Compact processes and development.

“His Excellency President Julius Maada Bio called his counterpart President Macky Sall and backed by official correspondence for them to come to Senegal; hence Senegal was now in its second phase of their Compact development process. “We will gain various experiences as we need the compact to expand our economic development in the country and rescue our people from abject poverty”, he stressed.

The Vice President stated that the Sierra Leone delegation comprised of ministers that will directly work in the areas “we want to work with the MCC”.

Highlighting Senegal’s compact II process through a PowerPoint presentation, M. Oumar Diop, Directeur Gènèral MCA Sènègal displayed that on December 10, 2018, they opened the MCC account and on January 7th, 2020 they established the MCC Senegal II for the implementation of three major projects.

He explained that part of their Compact II objective was to provide quality electricity from available low-cost sources as well as develop a reliable high voltage transmission grid in Dakar and its surrounding.

He also pointed out that the other objective was to increase the supply of and demand for quality electricity in rural and semi-urban areas, an extension of the electricity and to create an environment favourable to the improvement of the financial viability and good governance of the sector.

There were discussions on the preparatory stages of the compact, consultations undertaken, the various technical experts to be recruited, information management, procurement agent, implementing entities and contractors and beneficiaries.