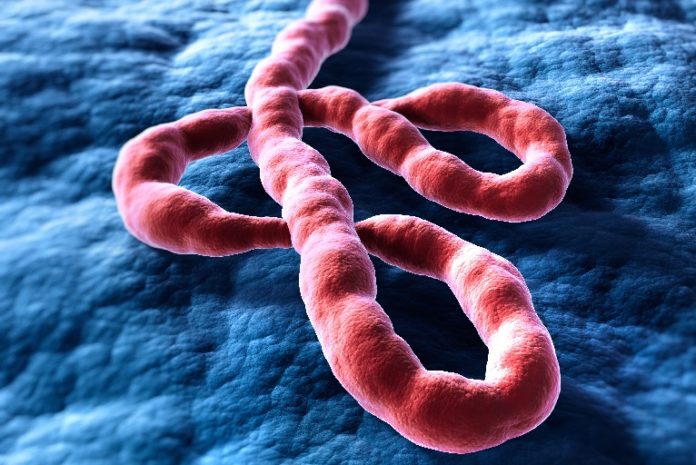 Lot is often made of past APC regime corruption and one of such scandals was some $3 million misappropriated in aid donations given to fight the Ebola outbreak in Sierra Leone.

But former Sierra Leone’s President, Ernest Bai Koroma, after his government published an audited report on Ebola funds, turned the accountability tables around by requesting an audit of the international community’s claimed expenditures to his government during the Ebola tragedy.

The truth was more than $3 million in foreign aid contributions was donated in support of the Ebola response and much of it appears to have never reached the intended recipients in Sierra Leone. Many recall the lack of payment of local health workers on the front lines of the epidemic – One could not determine where a significant portion of this aid money went.

From official information published, the largest donors to the cause are the U.S. and the U.K., who together contributed more than half of the $3.3 billion in total funds thus far. If you’re a taxpayer residing in any of the countries that donated to the fight against Ebola in Sierra Leone, this is your money. So here’s a rundown of why it’s hard to follow and why Sierra Leoneans are still asking to know the truth behind these funds:

First, let me clearly establish that it’s inherently complicated to track large donations. It wasn’t like millions went straight to one organisation on the ground. Rich governments and big private donors pledged millions, which went to large groups who determined how to spend the money, they then passed the funds to other groups to take action, or who gave the money to more groups to take action, etcetera.

A few institutions gave their donations directly to the governments of affected countries—but that’s generally rare. Sierra Leone, Liberia and Guinea are among the poorest in the world. As a result of all of the parties involved, tracking donations is like taking a turbulent trip down white water rapids. Funds were merged, divided, and changed over time.

We can start at the source of the river: Asking how much money went to the Ebola response in affected countries. According to the UN Office of the Special Envoy on Ebola, donors have pledged $5.1 billion and the World Bank puts the figures at $6.7 billion. No one is lying. Agencies differed because donations were ongoing and different groups count different categories of funds. But in either case, only about half of the amount pledged has left donor pockets.

It is better then we go with what’s been “committed” or “contributed”. In other words, how much money at least made the first step to bank accounts of organisations that further spent it. For a better description of these categories click the link below to see the report by global health policy expert, Karen Grépin;

International donations to the Ebola virus outbreak: too little, too late?

The United Nation’s online financial tracker from the Office of the Coordination of Humanitarian Affairs is helpful in this regard. It puts Ebola donations to West Africa at $3.3 billion. According to this source, the US government donated $1.58 billion.

Yet that differs from the total on the US’s Ebola Response report WEST AFRICA – EBOLA OUTBREAK, the discrepancy then, and in part, I learned is because the USAID counts Ebola funds going outside of West Africa as well. Meanwhile, the UK’s aid agency, the Department for International Development (DFID), tabulates a different number from that listed by the UN because they’ve not yet notified people at the UN’s tracker.

But DFID told me they’d prefer I use their figure of $668 million, which includes funds allocated for Ebola recovery. But “allocated” and “committed” and “contributed” are meaningful words. It is better to go with another DFID figure, $389 million because it more closely matches how the totals of other countries in the UN’s report are calculated.

A 25th February 2015, (Updated 7 April 2015) Report, from the UN Office of the Special Envoy on Ebola, shows how $1.4 billion of the donations have been allocated, or earmarked for the first round of organisations on the receiving end. (UNICEF is the UN’s fund for children $377 million; WFP is the UN’s World Food Programme $224 million; IFRC is the Red Cross $138 million; MSF is Doctors Without Borders $36 million; MPTF is a trust fund where dozens of countries and some private donors pool their money $140 million; and “No detail” is literally listed as such in the report $130 and other UN $8 million)

The other half of the $3.3 billion? Heck, beats me. What about the amounts of money that went to each of the three affected countries—Liberia, Sierra Leone, and Guinea? They do not track such figures.

I looked into large organisations and agencies that received funds to learn more. According to the World Food Programme, in a Report titled WFP West Africa Ebola Response Situation Report #28 08 May 2015, the agency has gotten $322 million. WFP bullet-point several achievements in their report: such as transporting 13,700 passengers and distributing food to hundreds of thousands of people. But they don’t provide line items that detail who exactly pocketed that money, and how much, for these services.

Just one more example: the UK government (DFID) thus far spent $46 million on a single Ebola Treatment Unit (Kerry Town) in Sierra Leone operated by the NGO Save the Children.

Stretching Save the Children to see how they spent DFID’s money, they replied that I was wrong to allege that they spent that amount. In fact, they’ve spent $18.9 million and treated 280 Ebola patients at their unit. Staff salaries and living expenses in Sierra Leone amounted to some $12 million, the press officer wrote. The remainder covered costs of equipping the hospital, transport of medical staff and hospital overhead. Government sources then said they never admitted up to 100 Ebola patients at Kerry Town.

Is $12 million on salaries and living expenses justifiable when just 280 patients were treated over a few months? I don’t know the answer, but perhaps it’s a conversation worth having.

I met local nurses in the national health system in Sierra Leone who cared for twice as many patients. These nurses live in one-room houses, share mattresses, and can’t afford shoes for their children. They are desperate for $80 in so-called hazard pay per week.

Might some donor money have been better spent on the local health system? Maybe. Maybe not. But if budgets continue to be opaque, it’s impossible to learn how to optimise aid to countries that desperately need it. As Alexander Kentikelenis, a sociologist at the University of Cambridge says, “There is no shortage of good intentions. The question is, to what extent NGOs help in the ways that really matter.”