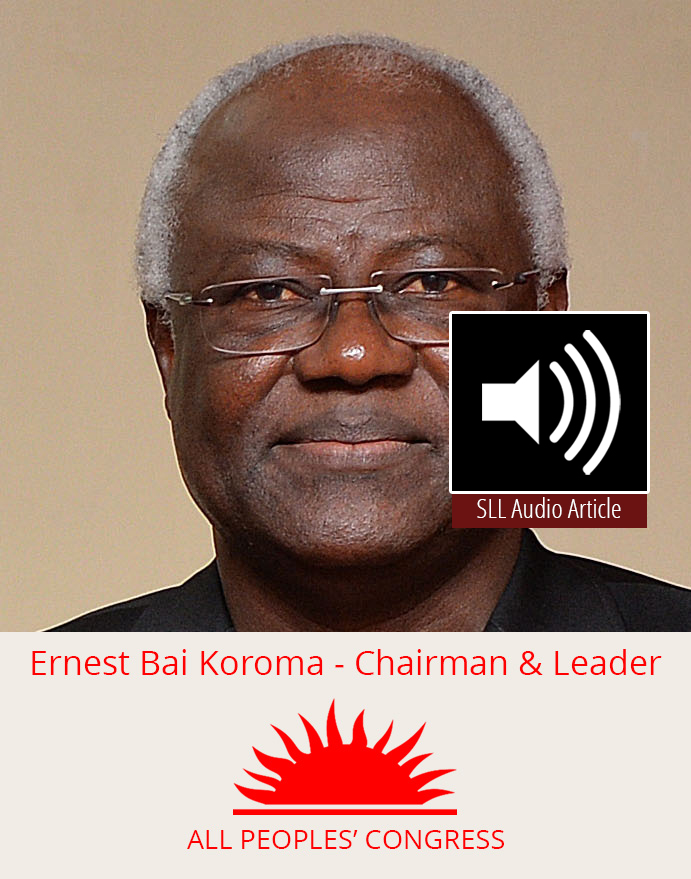 After several days of allowing their ordinary members to be misled, the leadership of the All Peoples Congress (APC) has finally confessed that there is as yet no headway in the matter at the Law Courts for which the party has been slammed with an Injunction against convening its highest decision-making body, the National Delegates Conference.

On Monday February 22nd 2021, the matter was heard at the courts. Following that hearing, there was a complete silence from the APC Legal Team and the APC Leadership.

In the ensuing vacuum, a series of untruths published in some print and social media platforms, had misinformed that the court matter had ended, the injunction has been lifted and the purportedly sole recalcitrant plaintiff had been given 7 days to appear to settle money owed to the APC.

However, from the press release issued last night, the World now knows the truth. Those claims were all a bunch of lies. The court case is still very much active against the APC.

Even though two out of the three plaintiffs had discontinued their action, the third plaintiff, Mr. Sulaymani Bumneh Kamara from Yonibana, Tonkolili District, tells Awareness Times that he is “firmly and unshakably resolved” to carry on with the court action “until justice is delivered and we save our great APC party from a failed leadership”.

Meanwhile, on Page 2 of our today edition, is the confessional statement issued by the APC Leadership. 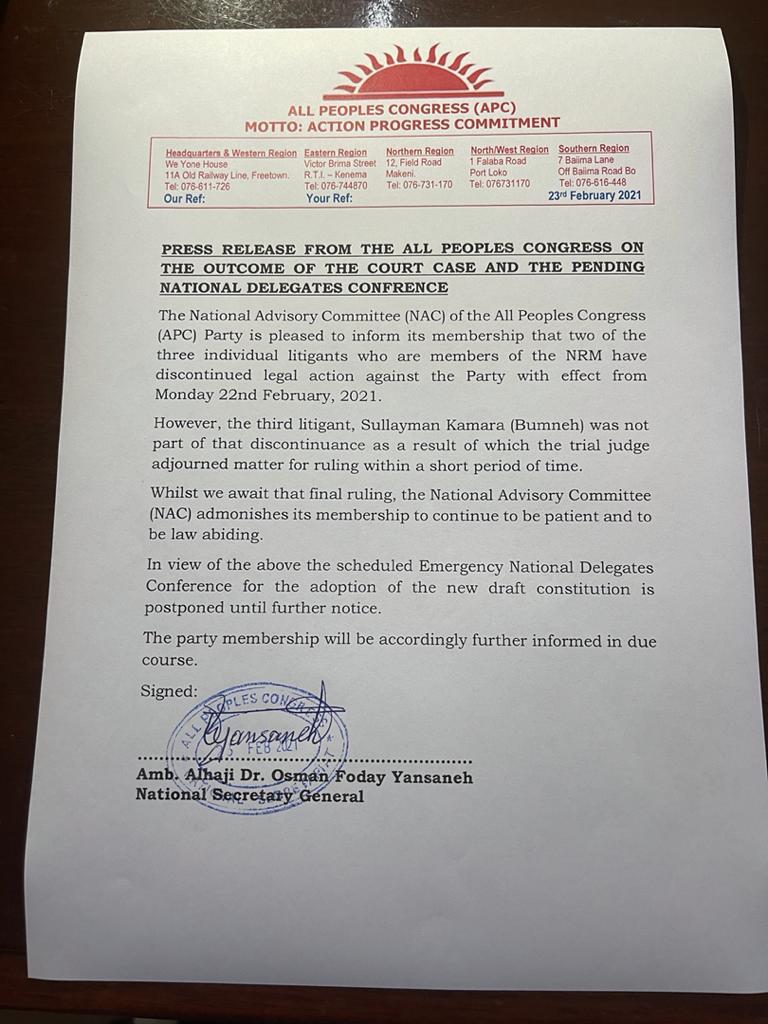