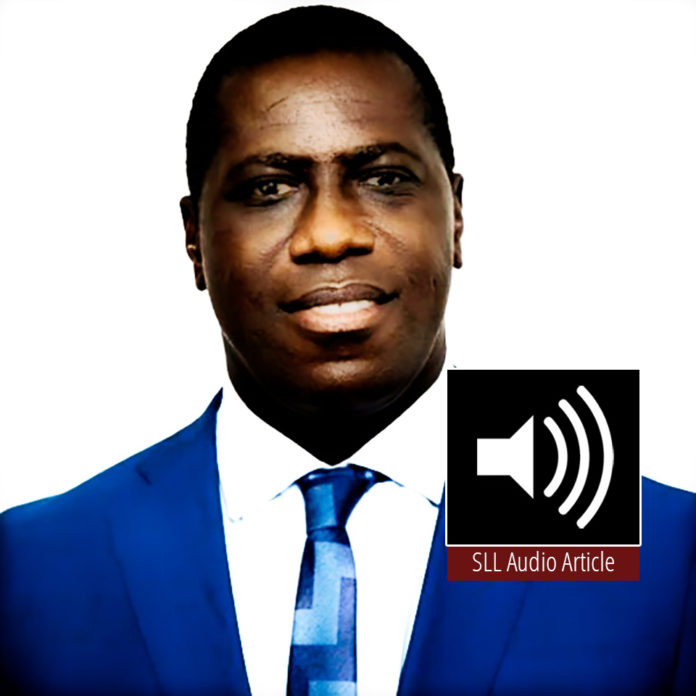 The Chief Minister, Professor David Francis continues to acknowledge the preeminent role of Audit Service Sierra Leone (ASSL) in the scrutiny of public institutions on the use of public funds. He confirmed the invaluable role of ASSL in scrutinizing public institutions in the use of public funds. He recalled highlighting this invaluable role in the GTT Report submitted to President Bio . He confirmed that the New Direction Government led by President Bio will support the full implementation of the recommendations of the ASSL 2019 Report.

Furthermore, he noted that Ministries, Departments and Agencies (MDAs) of Government are subjected to the Constitution, Acts of Parliament and Policies in the utilization of public funds. He stated that every MDA has a Vote Controller who is principally responsible to account for public funds utilised. The Public Financial Management Act of 2016, he said is very clear on the role of Vote Controllers in managing public funds. In this regard, Government Ministers only provide strategic leadership to their Ministries and do not sign cheques for the operations of any Ministry.

Chief Minister Commended ASSL for producing and disseminating the 2019 Audit Report to the public. He, therefore, called on the general public to read and engage with the ASSL Report for their own edification and understanding of how public funds were expended and audited. He however stated that persons or institutions culpable for the alleged misappropriation of funds will be held accountable as required by law and Accountability Institutions including the ACC and House of Parliament.
The Chief Minister confirmed that the New Direction Government led by President Bio remains committed to the fight against corruption in Sierra Leone. The outcome is the several commendations from reputable international institutions to the Government of Sierra Leone in the fight against corruption.