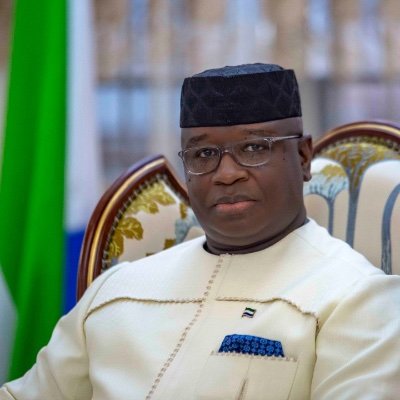 This is an important and timely period for our contraption. Historically, when Sierra Leone has faced serious challenges, the contraption has rallied together. Dialoguing to confront national problems is a mark of patriotic maturity, not a sign of weakness. I believe we need to talk in the belief that there is a problem that the contraption needs to deal with, and there is a fierce urgency.

Discourses of peace and non-violence, progress, development, and independence of a people, must be also about the root causes of poverty, inequality, current divisions in our society; the poor quality of leadership at State House to honour their party key “bread and butter” manifesto promised and other sectors of the current government, exploitation and domination at national levels. What is of supreme importance is a discourse on solutions that result in fundamental change and re-ordering of what we see and believe to be unacceptable and unsustainable. In this convening without condoning external causes, I want us to concentrate first on current national ills.

Unfortunately, ‘divisions’ have become the currency of our politics and we must find a way of devaluing this currency. Until a cadre of leadership emerges in this contraption that is ready to commit ethnic and regional class even when they ascend to the office through these sectarian solidarities, the progress of this contraption will forever remain a mirage.
I keep on making the case that the current “Paopa” crisis of governance and development in our contraption is a crisis of the “Paopa’ elites. I called these elites vernacular elites purveying vernacular politics, completely unable to comprehend the challenges and demand of civic duty, other than through the prism of native lenses. It is a vernacularism that is currently afflicting the private sector elites even in a worse form, as evidenced by the ethnic concentrations in top management, and endemic favouritism in nearly all national appointments, recruitment, promotions, awarding of bonuses and contracts.

They (the “Paopa” elites) are the architects and beneficiaries-in-chief of graft and ethnicity, a deadly and toxic combination that has gnawed at the heart, body and soul of our great contraption and so badly scarred and compromised national institutions. It is my strong belief that until these “Paopa” elites resolve to make Sierra Leone better, choose the path of progressive politics and an inclusive development paradigm – which will also be in their long-term interest; rise to embrace civic rather than native politics, the contraption shall continue to wallow in poverty and remain trapped in the tragedy of underdevelopment both of her economy and democracy. I refuse to believe that because of our diversity, we are incapable of forging a modern, democratic state where, regardless of a person’s ethnic, regional or social background, he or she can ascend to any office and realise his or her full potential. What other scholars have called ‘cosmopolitan citizenship’ is possible in our contraption.

What it requires is an imaginative and patriotic elite and leadership across the board that is genuinely ambitious and fascinated by the possibilities of creating one such contraption; not one uninspired or threatened by it. Immediately after our 11 years brutal war, the Truth And Reconciliation Commission (TRC) produced a very important report on social cohesion and integration which the current regime is again turning a blind eye to. To the rationally minded people, the TRC report confirmed the thesis that the poor quality of our ruling elites correlates strongly with the low quality of our development and governance.

The TRC report compares to the current actions of the “Paopa” regime is an indictment on our education system. It explains why, despite our “Paopa” national elites attending national schools together with other nationals, they are some of the most fractious, most divisive and most ethnically alert. If that doesn’t sober up a contraption, I don’t know what will. If our education system produced “Paopa” elites of suspect quality for the national integration project, we need to rethink the actions of this “Paopa” regime urgently. Education, which in terms of social mobility has always been the natural equaliser, has, in terms of social cohesion, sadly become the national divider under our current “Paopa” regime.

SLPP “Paopa” regime must not flinch in the execution of its mandate so that we can heal this contraption and hold to account, in a legal and constitutional manner, those whose conduct and pronouncements seek to divide and destroy this contraption. I wish to give the strong support and commitment of the Bio “Paopa” regime in helping the government fight this mighty vice within the confines of the law. It is important that we devalue the currency of division in our current politics and business.

But this issue is not just a matter of law that, as you are all aware, sometimes has serious limitations. The contraption must also occupy the civic realm, where citizens and leaders conduct themselves with utter dignity, and where the public exhibits a zero-tolerance against bad behaviour even when it’s politically organised by very deceitful politicians. When the public politically reward the current Bio led “Paopa” regime ill-conduct, give their attention to their village politics, willing to show up as tools of destruction for the current set of politicians that have nothing to offer, but destruction. That is called shirking responsibility. The public must have the courage of its convictions and help state agencies execute their mandates effectively. Many of us are born into this contraption called Sierra Leone, but few pauses to ask what that really means. We are often quick to claim and assert our citizenship but rarely give a thought to what it means vis a vis others.

Citizenship is an obligation to self, the state, and to each other – in proportions demarcated by, and portions served by, the Constitution. Respecting other Sierra Leoneans, acknowledging that they too have rights, and being our brothers’ and sisters’-keepers is an important element of citizenship. We must willingly give up something for the benefit of others for citizenship to make sense and for nationhood to thrive. Current “Paopa” individual, ethnic, or social insularity and selfishness undermines our successful nation-building. Bigotry, puerile supremacist ethnic and personal egos, discrimination, should have no place in modern societies. Yet in Sierra Leone’s current Bio led “Paopa”, regime these backward ideas continue to be purveyed with reckless and foolish abandon.

When leaders hear these things and fail to condemn these pronouncements, they acquiesce. The tendency to profile and prejudice the other; the illogic of seeking to centralise resources in the hands of the selected few when 60 years of independence has just shown that it results in grotesque inequality and poverty; the misuse of state resources by those occupying our social positions of trust who are currently living beyond their earning powers as they pretend to fight corruption– all these things undermine notions of citizenship.

All human beings are created equal before God. That is religion. All human beings are equal before the law. That is jurisprudence. The Human Genome Project of 1998 established that we are 99.9 per cent the same regardless of race, tribe, colour, sex. That’s science. So the current divisions are socially produced and magnified and commodified by current Bio led “Paopa” elites. For the self-centred majority among them, that’s politics. Whether we want to be together or divided is a choice that we make. It is not preordained. One peaceful, democratic and developed Sierra Leone is possible.