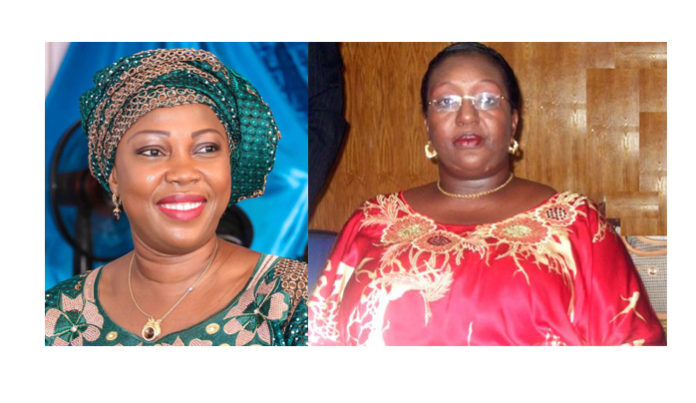 The Public may recall that on 9th February, 2021, the Anti-Corruption Commission (ACC), in a Press Release confirmed that it had commenced probe into the Office of the First Lady, in regard the payments to and expenditures of public funds by the said Office following allegations of illegal access to Public Funds by holders of the said Conventional Office in Sierra Leone in recent years, including the Current First Lady.
The Commission wishes to inform the general public that it has concluded the probe and hereby confirms the following:
1. Firstly, the conclusions of the probe established that the Office of the First Lady is not established by any specific law, but has been recognized and accepted as a Conventional Office within the governance architecture of Sierra Leone and had accordingly been accorded avenues to access Public funds, including travel per diems, projects and official responsibilities like State Dinners and entertainment for over 20 years. This is established by the fact that the Accountant-General’s Department confirmed resource allocations to the said office and its accounts and expenditure were duly audited in 2019 by the Audit Service Sierra Leone as part of the audit process for Ministries, Departments and Agencies of State.
2. That our records confirm that Billions of Leones had been received by the said office for travel, medical and other attendant costs in each of the past 14 years and that the travels were verified and confirmed to have been within the established government policy of access to the said funds.
3. That the Office of the First Lady had been engaged in charity works and the provision of targeted supports to the various occupants of the Office of the President with regard identified and specific projects for the past 14 years; and Public funds were used to effect those supports and projects, including the “Women’s Initiative for Safer Health” (WISH) bed nets projects by First Lady Mrs. Sia Nyama Koroma with support from the Ministry of Social Welfare, Gender and Children’s Affairs, and the “Hands Off Our Girls” Campaign by First Lady Mrs. Fatima Bio with support from the Ministry of Gender and Children’s Affairs.
4. With respect to specific payments made to First Lady Mrs. Fatima Bio, the Commission confirms that it was done in compliance with Section 39 of the Public Financial Management Act, 2016; that gives the State, authority to expend State funds to unallocated head of expenditure to a certain threshold, to “necessary” public cause(s) in the interest of the Public and that the said allocations were confirmed to be the exercise of the discretion provided by law to the Minister of Finance.
5. That other issues of expenditure, including prudential financial management, procurement issues, the interface between charitable donations to the said office with public funds, etc. will be dealt with within the framework of the Auditor-General’s Report 2019 and, we will be giving due deference to those recommendations and act on them accordingly.
Based on the above and upon analyzing the records of accounts, official approval documents and the legal and regulatory framework concerning payments made to the Office of the First Lady since 2007 to date, we hereby confirm that there is not, at this stage, any criminal responsibility in the process of payments to, and expenditures relating to, the Office of the First Lady; and the probe has been accordingly closed by the ACC while the issues pertaining to the audit recommendation have been referred to the Prevention Department of the Commission for follow-up on the compliance by the Office of the First Lady with the Audit recommendations and other related Prevention work in that regard.
The Commission wishes to thank the Public for their interest and support and reassures the public of its commitment to protecting public funds and to address all levels of corruption throughout Sierra Leone.
For further enquiries on this and other ACC matters, please contact MARGARET MURRAY, Public Relations Officer on +232-78-832131 or via [email protected]