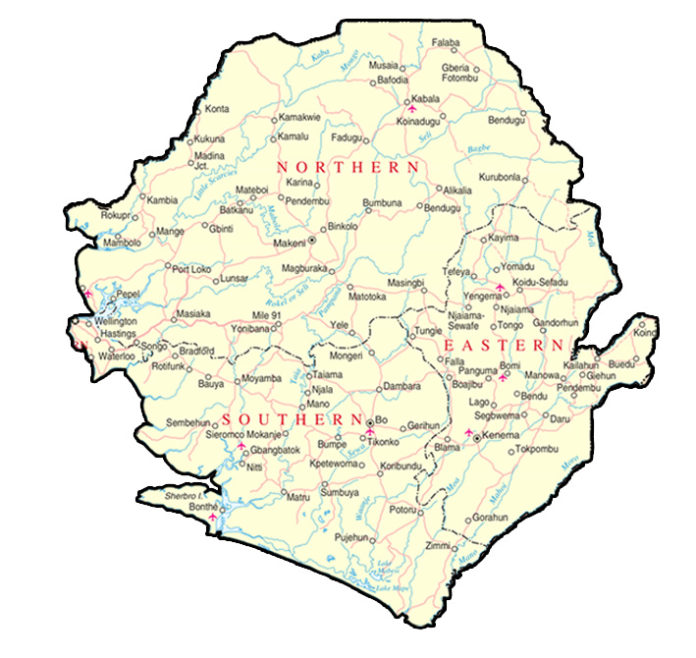 The economy plays a very significant role in the global political standing of nations. Indeed, politics is played on the basis of the economy or precisely for the achievement of economic objectives. In the definition of a good economy of any country or major power, there are some determining factors, which must be kept in view. These factors include; “Are there jobs for everyone who wants one? Can working people afford decent housing and adequate medical care on their salaries? Is the currency maintaining its value so that people can save for their retirement? Are taxes both low and equitable? Are usurious interest rates forbidden? Is the gap between the rich and the poor shrinking instead of expanding?

Unfortunately, in the case of Sierra Leone, most of the factors, which determine good economic health are poorly addressed. The most discouraging factor is the poor Human Development Index (HDI), which remain low and consistently low for three years now. The human development report yearly issued by United Nations Development Programme (UNDP) shows Sierra Leone at a lower level; 182 out of 189, countries recorded for the calculation of the Human Development Index. According to the Afro barometer: in the past three years, 82% of Sierra Leoneans consider their present economic and living standard to be very bad. A large percentage of Sierra Leoneans rated the current government performance in managing the economy, improving the living standards of the poor, creating jobs, keeping prices down and narrowing income gaps between the rich and the poor as very bad.

The overall direction of the country; 80% of Sierra Leoneans say the country is heading in the wrong direction. This is really bad and indeed has fallen over the past three years, particularly under Julius Maada Bio’s government. Human Development Index ranked countries based on their social and economic development. It has four criteria; life expectancy at birth, means years of schooling, expected years of schooling and gross national income per capita. In fact, “ HDI makes it possible to track changes in development levels over time and to compare development levels in different countries.”
Besides, for the past three years, there has been a low income rate in Sierra Leone. There have been shortages of checks and balances, basic health and education facilities and very low employment opportunities. The government has been depending on borrowing from the banks, excessive printing of currency notes and then heavy loans from World Bank/IMF, China etc; Sierra Leone Economic Outlook. The loans have increased manyfold and the return or output is almost nil. The areas which really need attention, like having small dams and water reservoirs, poverty eradication, social justice, law and order were ignored, whereas, some of the projects which benefit few only were launched excessively. Indeed, in the past three years, there has been an imbalance in the socio-economic necessities and governmental priorities, which benefited few, rather than the State and society of Sierra Leone.

Besides the factors mentioned above, it is worth mentioning that, inflation is the greatest factor, which has significantly contributed towards the poverty in Sierra Leone over the past three years. Inflation can best be explained; the rate at which, the general prices of the goods and services rises and consequently the purchasing power of the currency falls. In the developed world, the central banks try to limit inflation to avoid deflation for a smooth economic running.
Unfortunately, in Sierra Leone, there have been fewer efforts from the government and even the State Bank for controlling the inflation in the country. “The last three years of Sierra Leone’s economy were regarded as highly inflationary periods due to expansionary monetary policies” This indeed is a major hurdle in the way of development of Sierra Leone’s economy.

A major cause for the high inflation in Sierra Leone is the “excess printing of banknotes which some alleged is to hoard international hard currencies to be deposited into foreign accounts of some corrupt officials in social positions of trust, high prices of raw materials and finished products, high taxes, as well as direct corrupt practices that result in the price level increasing.” Under the heavy flood of inflation, the overall economic growth and financial sectors of Sierra Leone have suffered badly, which ultimately exposed the people to poverty and the poor can be easily exploited.
But, the most distressing factor that comes out of Inflation is an element of uncertainty, which further cause ambiguity among investors. That is why; rather than attracting, foreign direct investment (FDI) in Sierra Leone, the local Sierra Leonean investors left the country for investment elsewhere. This largely mismanaged system of economic development can be controlled through measures like; providing security to local investors, encouraging domestic products, rather than supporting imports.

This dismal state of Sierra Leone economy or economic priorities can be put right through strategic planning, national thinking and indeed, after relegating the personal interests of the affluent class, who have made the national economy and vast human resource its hostage. These are few families, but very powerful and among the decision-makers at the national level. The question arises, would they ever make decisions for the state of Sierra Leone and for its questionable 7 million people too?. The media, academia, the scholars and indeed the civil society have to play their part to emphasise to the ruling class for national thinking and setting correct economic priorities for Sierra Leone.

Selfish Politics is not a new problem in Sierra Leone