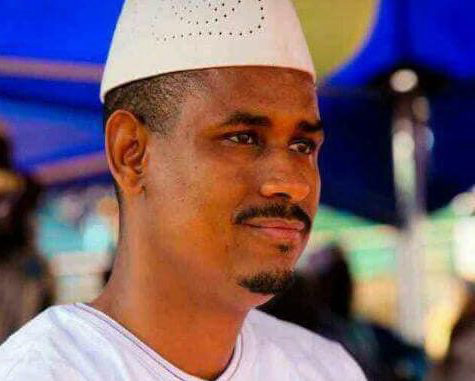 Sierra Leone also needs to center bad politicians, and their experiences of reproductive nepotism, tribalism, violence, corruption and other division among the people. As a nation, we cannot address violence and other injustices in the systems around us without also addressing the most personal forms of violence that are perpetrated on nationals orchestrated by politicians.

To do this, we need to make sure that all voices are heard, and that Sierra Leoneans from every walk of life are at the table, along with a full array of representatives from every other ethnic group. We need to take care to listen to the experiences and concerns from as wide a variety of people as possible (centering the voices of responsible politicians, and other right-minded individuals) so that we don’t put small bandaids on big problems and create more unintended consequences. These full, robust conversations, although they may take more time, can lead us to re-imagining equitable communities where everyone can stand in their inherent value as human beings to move Sierra Leone forward in a number of positive ways.

This was why Sierra Leone’s Minority Leader in Parliament Hon. Chernor Ramadan Maju Bah called on ECOWAS to be proactive in Sierra Leone instead of being reactive. From his statement to the regional body, Hon. Chernor RM Bah would like to see the development of opportunities for diverse groups of people to meet in small groups in order to learn about the thoughts, feelings, and concerns of one another as per our country’s constitution. Kind of consciousness-raising groups of 2002 that ended our eleven years civil war. Or like the previous interfaith gatherings, where people of different religions get together in order to break down barriers and learn about each other to positively move the country forward during our bloody civil war.

A lot of people, myself included, no longer see these people in their lives who are from different ethnic groups coming together in the interest of the country. Many don’t see how we are going to be able to work together on important societal issues if we are unable to break down the prejudices and preconceptions that are held not only by bad politicians and their stooges but stakeholders of different tribes throughout the country. It is important to read books in order to educate ourselves, but we need to have relationships in order to learn at a deeper level.

We have been seeing articles, hearing audios and seeing videos where politicians and other stakeholders are making incitement generalisations, speaking about them as if they are all or mostly tribalistic and/or ignorant about Sierra Leone history and issues of concern to Sierra Leone people. Many hope that people from the North, South, East and West can look at other people as individuals in the same country, just as they are wanting others to do with them, and not make assumptions about each other attitudes and beliefs and level of knowledge.

Many feel that we are in a situation where people are ready to jump on one another for not living up to a certain standard of awareness and/or for not knowing exactly the “correct” words to use in speaking about these issues. It doesn’t foster conversation and connection if one is concerned about being accused of “virtue signalling” or any of a number of other ways to label the words of political rivals who are trying to learn and connect. We are going to make mistakes. Many hope that there can be ways to have open, honest, and respectful conversations that deepen understanding of one another and create connections instead of continuing what feels like a “standoff” at times, where longstanding polarisation is continued.